This big event aimed at highlighting issues raised by various communities, both professional and patient, and seeking efficient inter-sector collaboration based on mutual understanding. To this end, 8 key events of different aspects were held including the 3rd Congress of the All-Russian Multiple Sclerosis Society (ARMSS): Reporting back and re-election.

Patients representing 22 nosologies from 63 regions of Russia, Belarus, Ukraine, Kazakhstan, Poland, France, Germany and Switzerland got together for this important event. Also, Member of the Russian Federation Council Konstantin Titov, Deputy of the Russian State Parliament Alexander Bednov as well as executive authorities – Valentina Shirokova, the Health and Social Development Ministry of the Russian Federation, and Gennadiy Gridasov, the Health and Social Development Ministry of the Samara region – attended the Congress. Moreover, there were, along with representatives of the Samara municipality, 214 professionals of the medical and scientific communities.

All in all, 984 attendees were registered for the Congress.

Below, you can read about sessions within the event in some more detail. 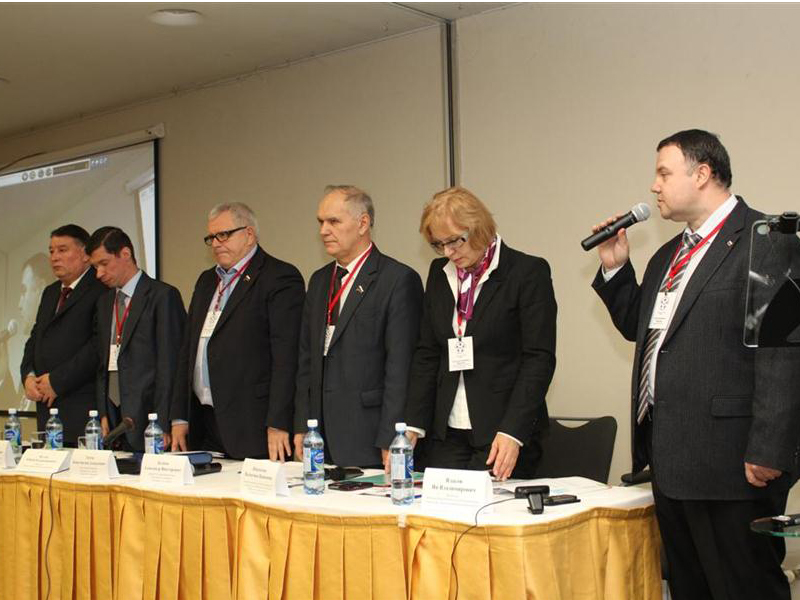 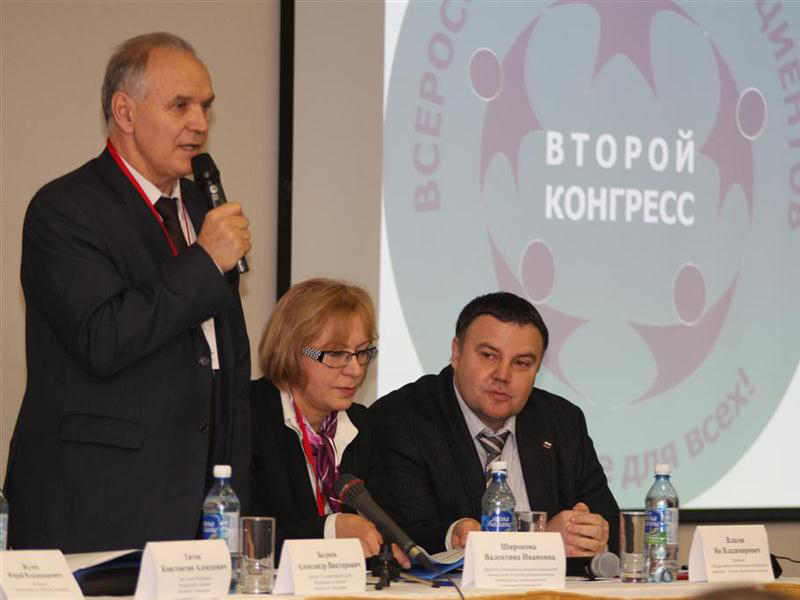 Congress of the All-Russian Union of Patient Organizations

President of the voluntary organization “League for patients’ rights protection” Alexander Saversky made a point of that many patients were not happy with the quality of medical services and the Congress provided for everybody to speak and be heard.

After their reports to the Congress, President of the All-Russian Multiple Sclerosis Society Dr Yan Vlasov and Health and Social Development Ministry spokeswoman Dr Valentina Shirokova took questions from the audience. Dr Shirokova would further pass the questions to Health Minister of the Russian Federation Tatiana Golikova.

During the Congress, the exhibition “We’ll help!” familiarized the attendees with advances in helping people with MS and fighting its symptoms.

3rd Congress of the ARMSS: Reporting back and re-election

Most ARMSS members being its branches and regional MS societies, convened for the 3rd ARMSS Congress. The Congress attendees had to both hear reports of the Society President, vice-presidents and directors for the past five-year period and, based on the reports, re-elect them. During this report session, the audience welcomed the video-message from Peer Baneke, CEO, the Multiple Sclerosis International Federation. After the vote, no position was left vacant. Dr Yan Vlasov was re-elected as the ARMSS President, the Director General office would be held by Dr Oleg Lavrov. The office of the first Vice President was taken by Natalia Kichigina.

One of the sessions of the Congress was the 1st Civil Conference of Patients with Rare Diseases. The speakers raised issues of the legal status of rare diseases in the Russian Federation, major trends of activities, some details about rare diseases, difficulties and problems and ways to resolve them as well as best experiences in Russia and Europe. At the end of the day, there was a discussion on voluntary organizations in this area and their role in helping such patients.

Meetings of the Institute of Plenipotentiary Public Experts

Plenipotentiary Public Experts have to communicate a lot but do not see each other enough, as Institute Director Feodor Shishlyannikov said. While making up for this gap, the top issue of the meeting agenda was to keep up best working practices of the Institute, which have already proven to be effective.

On hearing all speakers and discussing topical issues in Q&A sessions, the attendees voted unanimously for establishing the All-Russian public organization of patients with rare diseases.

83 representatives of 43 voluntary organizations voted ‘in favor’. The ARMSS expects this organization will make a strong partner to fight together in advocating for patients’ rights.

On closing the All-Russian scientific and practical neurologist conference ‘Multiple Sclerosis: A Ten-Year Partnership to Serve Patients‘, participants of the Congress attended the RUCTRIMS meeting. This session was the logical closing to the Congress altogether. As a normal practice, the meeting also agreed trends for development in rendering medical and social services to people with multiple sclerosis.

At the end of the event, there was the gala-dinner with the awarding ceremony, where ARMSS staff and partners from governments, businesses and voluntary organizations were distinguished for the achievements we all have now.

The Congress came to its end. Yet, much work is there to do, and there is no end to it.

Warning: Invalid argument supplied for foreach() in /home/virtwww/w_ms2002_b6d4a6a7/http/templates/ms2002/warp/systems/joomla/layouts/article.php on line 197